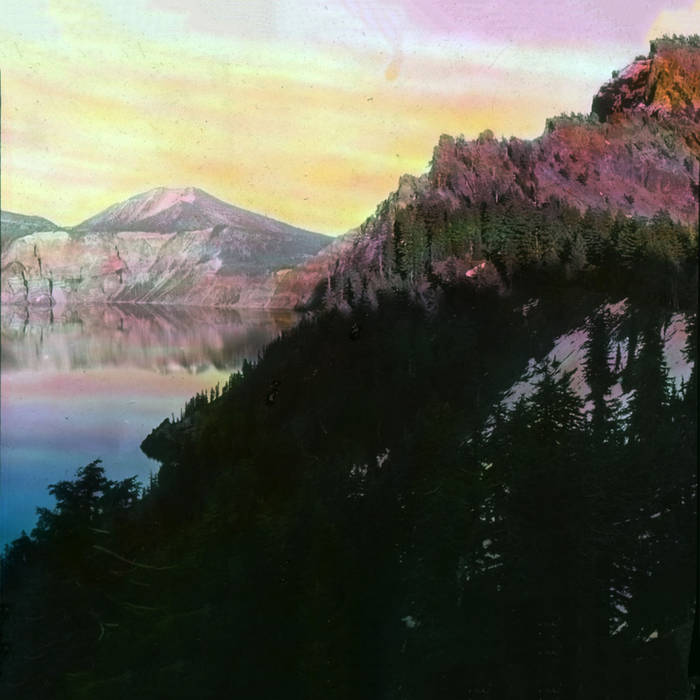 O-RE-GON was recorded by Felicia Atkinson in Portland, Oregon at Adam Selzer's Type Foundry Studio.
The album was made in one rainy day of July 2010, when Felicia was all ready traveling for 2 months coast to coast in the United States, and recovering from a Lyme disease she caught a week before upstate New York in the deep woods east coast and that she was about to cure west coast.

The sound engeneer Adam Selzer showed Felicia all the instruments she could used, most of them she never played before: a fender rhoades, a marimba, or an harmonium, but also some she used before: a (this time) golden electric guitar and a piano: this how began this day of musical wonder.
Felicia didn't have any idea of what she wanted to play, she did not touched an instrument since two months before and wanted the tracks to be complete improvisation.
So they captured one track in the morning, Grey and green, and one track in the afternoon: Green and grey.

The music was influenced by this special state of body and mind she was in, just in the middle of being sick and , beside this event, in the middle of a wonderfull 4 month trip, and the many "ghosts" that appeared during this improvising session.
The record is also a kind of elegy to some dark and beautiful destinies that ended in troubled water: Victor Hugo's daughter Leopoldine (the lyrics of Green and Grey are a drift from one of his poems), of David Lynch's Laura Palmer and Robert Bresson's Mouchette.