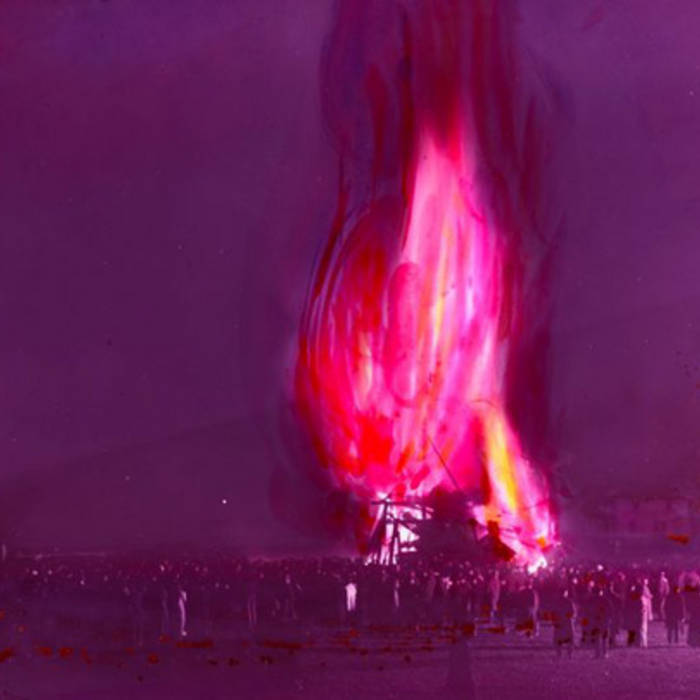 "
Atkinson was stirred to create The Driver after embarking upon a four month trip to the US last Summer. Journeying by car but unable to drive herself, she was thus free to fully appreciate the scenery and became particularly enamoured with the romantic Cascadian landscape of the Pacific Northwest which has proven so inspirational to artists and musicians for generations.
Indeed, though The Driver was forged in Atkinson’s attic bedroom once she arrived home in Brussels, it is remarkable how well this record sits alongside releases from artists who reside in that part of the world, such as Marcus Fischer’s Monocoastal and Loscil’s Endless Falls. Atkinson’s visual art must surely play a key part in her songwriting as it is rare to see a musician who can conjure such strong imagery in the listener’s mind.

Opening with Half Blonde, Atkinson plays slow and deliberate guitar which is awash in reverb, found sounds adding texture to her wandering tangents. Akin to a car journey through undulating terrain, the music is pushed gently forward, rising and ebbing so slowly as to appear almost unchanging. Succeeding tracks continue this narrative and The Driver reaches apex when its title track sees Atkinson adding vocal harmony to softly strummed guitar.

The Driver is steeped in the atmosphere of the American road trip and can be considered as another faithful entry in a long line of musicians paying homage to the road. Optimistic and sunny in a manner which makes it more reminiscent of Jack Kerouac than Cormac McCarthy, this work is a faultless representation of the romance of travel and will surely stir a longing for adventure in anyone who listens. - Adam Williams
Fluid Radio
"
www.fluid-radio.co.uk/2011/04/vinyl-of-the-week-the-driver/